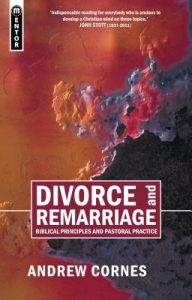 10 thoughts on ““Let Him” Or “If He”? Translating Divorce in Deuteronomy”