(This page should barely be posted here under “My Resources,” since I’m mostly recommending the insights of others. But sometimes people ask me which Bible translations I recommend. So here is my advice, building on others.)

A Chart of English Bible Translations 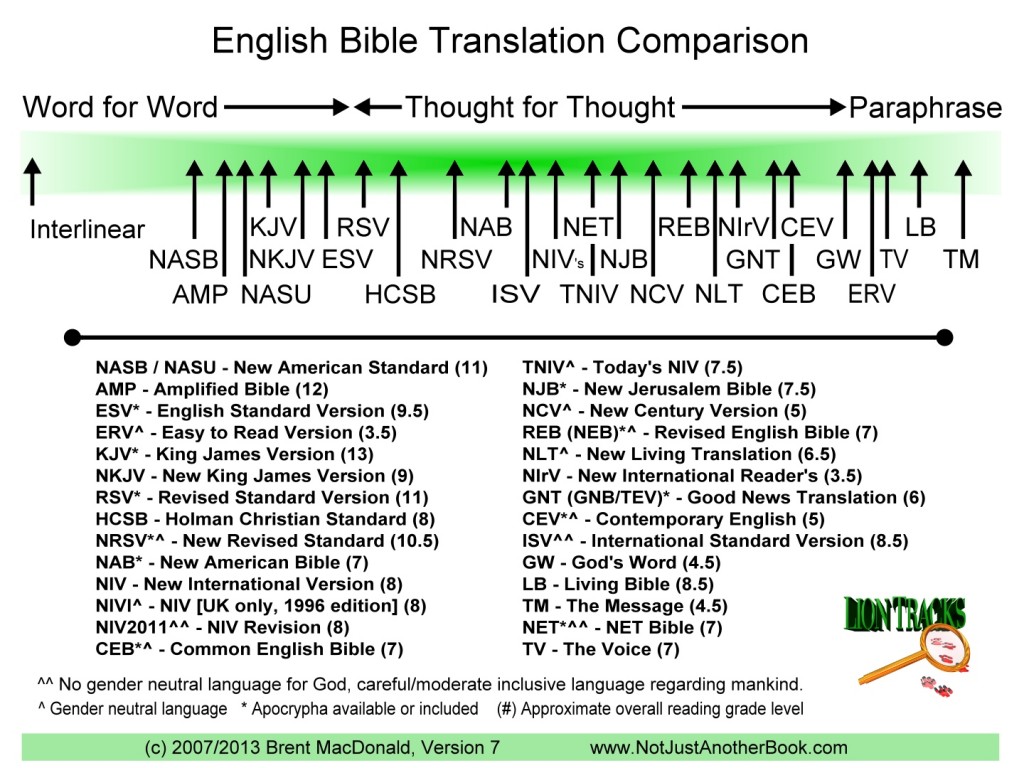 That’s my informed opinion. But please read something!

Note: My final four points and MacDonald’s chart are both included in this handout: Which Bible Translations Should I Read?

11 thoughts on “Advice about Bible Translations”